Zuzana Růžičková’s artistic career was kickstarted by the victory at the ARD International Harpsichord Competition in Munich in 1956, and by the subsequent study under the tutelage of Professor Champion in Paris. She solidified her prestige and world-wide acclaim with the number of recordings released locally since 1954 on the Czechoslovak Supraphon record label, and internationally since 1957 on Véga, Erato, Eterna, Ariola Eurodisc, Nippon Columbia, RCA, Philips, Orfeo, Denon or Nibiru. More recently, her work was also released through the Czech imprints Panton and Lotus. A complete set of works by J.S.Bach, the harpsichord compositions of Bohuslav Martinů, and Růžičková’s life partner Viktor Kalabis’ music are arguably the most notable among her releases. Zuzana Růžičková is a three-time winner of the Grand Prix du disque de l´Académie Charles Cross in Paris; she received the Diapason d’Or award, and became a Supraphon platinum album artist with 300 thousand copies sold to her name. In 1993, the city of Hamburg awarded her the medal for arts and science Medaille fur Kunst und Wissenschaft der Freusradt Hamburg. She worked at the Bach Society in Leipzig, became a household name at the University of Boston, at the Schole Cantorum in Basel, and lectured at the Royal Academy in London. From 1951, she taught at the Faculty of Music at the Academy of Performing Arts in Prague, and between 1979-84 at the Academy of Performing Arts in Bratislava. She tutored international performer masterclasses in Stuttgart, Riga, Tokyo, Krakow or Zurich. Among her podium and academic colleagues were, among other, the likes of Josef Suk, Václav Neumann, Bohdan Warchal, János Starker, Nathan Milstein, Géza Anda, Pierre Fournier or Gregor Piatigorsky. For decades, she collaborated with the Prague Spring International Music Festival and the Prague Spring International Music Competition, and the Concertino Praga Radio Competition. She trained a wealth of upcoming musical talent, both local and international. She is a globally recognized and respected artist. 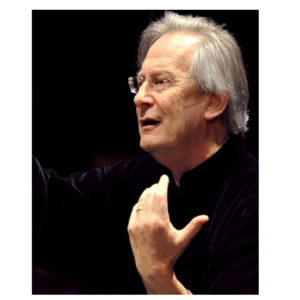 Sir John Eliot Gardiner ranks among one of the most respected conductors in the world today. Beginning his career as a Baroque music performer, he has worked his way up to becoming one of the world’s leading conductors. He regularly guest-conducts the most prestigious orchestras – the Berlin Philharmonic Orchestra, the London Symphony Orchestra, the Royal Concertgebouw Orchestra in Amsterdam, the Bavarian Radio Symphony Orchestra, the Leipzig Gewandhaus Orchestra, as well as at the famous opera houses such as La Scala, Covent Garden or the Vienna State Opera.

He continues to build on the legacy of his friend and predecessor Sir Charles Mackerras in promoting Czech music. Since 2000, he has been presenting music written by Czech composers on the world’s leading stages, most notably the works of Janáček, Dvořák and Martinů, and more recently Jan Dismas Zelenka.

Janáček’s operas Její pastorkyňa (Her Stepdaughter) was staged in 2001 at the Salzburg Festival together with the Czech Philharmonic Orchestra; Liška Bystrouška (The Cunning Little Vixen) was shown a year later in London’s Covent Garden; and Káťa Kabanová in 2006 at La Scala, Milan. During the 2008 Nobel Prize award ceremony, he conducted Dvořák’s 7th Symphony with the Stockholm Royal Philharmonic, and at the BBC Proms festival, together with the Czech Philharmonic, he conducted a performance of the 6th Symphony by Bohuslav Martinů and the 8th Symphony by Antonín Dvořák. He produced a CD recording of Janáček’s Taras Bulba, and his Glagolitic Mass together with the Tonhalle Orchestra in Zurich. In 2010, he conducted a Sir Charles Mackerras memorial concert at Prague’s Rudolfinum. 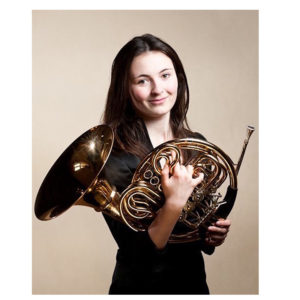 Kateřina Javůrková first took up the French horn at the Na Popelce elementary school, and continued at the Prague Conservatory under the tutelage of Bedřich Tylšar. Last year, she completed her studies at the Academy of Performing Arts in Prague under Zdeněk Divoký and Radek Baborák. She was also a fellow at the Conservatoire Supérieur de Musique et Danse in Paris, studying under André Cazalet.

In 2011, she was awarded the main prize at the Moravian Autumn international music competition in Brno, Czech Republic, and in 2013, she took the first place and became the laureate of the International Peformers Competition award at the Prague Spring festival. She was a member of the PKF – Prague Philharmonia, and, since 2014, she has been a member of the Czech Philharmonic Orchestra’s horn section. She performed as a soloist with the Czech Philharmonic Orchestra, the PKF, the Munich Chamber Orchestra, the Bavarian Radio Symphony Orchestra, or the Polish Symphony Orchestra of the Polish Radio with which she premiered Krzysztof Penderecki’s Horn Concerto in Prague. She is a founding member of the Belfiato Quintet ensemble, and a highly sought-after chamber music performer. Besides her career of a professional music performer, she is an aficionado of confectionery and runs her own sweet shop Cukrárna za rohem. The original cake she baked for the legendary Czech conductor Jiří Bělohlávek’s 70th birthday has even entered the Czech Book of Records.

She took the 2nd prize and the title of the laureate at the ARD International Competition in Munich in September 2016, which shortly thereafter led to her receiving our 2016 Talent of the Year award.